Respected by both patients and peers, Dr. M. Bradley Calobrace, board-certified plastic surgeon in Louisville and Lexington, KY, continues to be recognized in the local and national media. This page comprises some of his most notable awards and honors.For more information about our practice and the procedures we offer, request a consultation in Lexington or Louisville at CaloAesthetics® Plastic Surgery Center using our online form or call (502) 899-9979 to schedule your visit. Dr. Bradley Calobrace was named one of the top 0.1% of scholars writing about Mammaplasty (breast augmentation) and Breast Implants by ExpertScape over the last 10 years. He is considered a World Expert in breast augmentation  and a Top Expert in BIA-ALCL breast implant illness.

Dr. Bradley Calobrace was named of of America’s Best Plastic Surgeons for 2021 by Newsweek.

Dr. Bradley Calobrace joined the President’s Circle of the Aesthetic Surgery Education and Research Foundation. He made a generous donation to ASERF towards research in aesthetic surgery and breast implant surgery. Received the Scott Spear Award for the Best Breast Presentation at the Aesthetic Meeting 2018 at the annual ASAPS conference. Dr. Calobrace awarded the University of Louisville Faculty Award for his contributions to the university.

Dr. Calobrace won the award for the best journal article, Long-Term Safety of Textured and Smooth Breast Implants, by the Aesthetic Surgery Journal in 2018. Named to the Louisville Magazine TOP DOCS Hall of Fame for consistently being name a TOP DOC by his peers. Dr. Calobrace and CaloSpa® were recognized by Revision Skincare as a top practice and played an integral part in the launching of Nectifirm Advanced.

Dr. Calobrace recently returned home from USC, where he was honored for his contribution as a visiting professor. 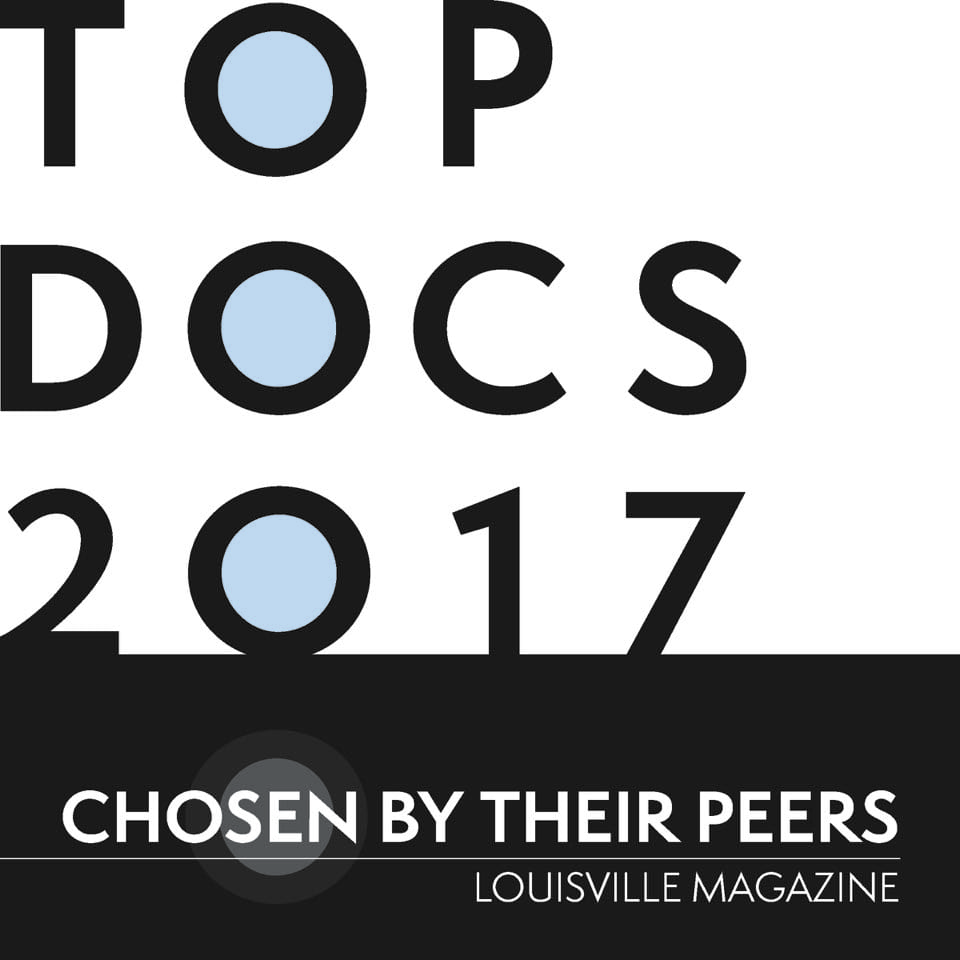 Awarded the University of Louisville, Gratis Faculty Teaching Award – Department of Surgery, Division of Plastic Surgery for 2011, 2014, 2015 and 2016 Featured plastic surgeon in The Beauty Issue of Lifestyles magazine, published by The Plastic Surgery Channel

Recognized in Louisville Magazine as one of the area’s Top Surgeons in 2014 for breast augmentation, breast reduction, liposuction, abdominoplasty, and facelift Recognized by the American Society for Aesthetic Plastic Surgery (ASAPS) for his participation in the 2014 Aesthetic Meeting: Building the Bridge Between Science and Art in 2014 Named by NewBeauty magazine as Beauty Expert since 2006.

Featured in the Winter/Spring 2013 edition of NewBeauty magazine

Chosen to serve on the LEAD (Leadership, Experience and Development in breast augmentation) Council Advisory Board in 2013

Lisa Meredith Featured in the Voice-Tribune

Our very own Lisa Meredith, Certified Surgical First Assistant (CSFA), was featured in the Voice-Tribune recently! Lisa has been part… Read More